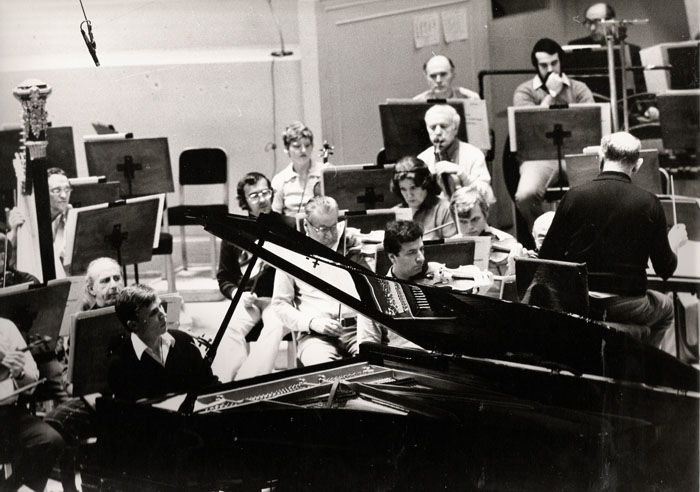 Born and raised in the Northwest, his early studies were with the renowned Portland piano teacher and pianist, Aurora Underwood. At age seventeen, a stunning victory in the prestigious Young Musicians Foundation Debut Auditions in Los Angeles was followed by studies at the Oberlin Conservatory, the Eastman School of Music and private study in New York and Europe. Mr. Westcott's teachers represent a varitable 'who's who' in American music. They include John Perry, Frank Mannheimer, Cecile Genhart, Eugene List, and composer Samuel Barber.

He was the only young pianist to be awarded subscription concerts with the Chicago Symphony from audition. As a result of this success with conductor Sir Georg Solti, tours throughout the United States, Canada, Mexico, Europe, and Japan followed. In this period he recorded with the Royal Philharmonic Orchestra in London, and during a grueling six-week tour of Australia, Westcott played nine consecutive concerto performances in the famed Sydney Opera House as well as a nationally televised Australian premier of the Barber Piano Concerto.

Endowed with pyro-technical command and a huge dynamic range, Mr. Westcott's unique artistry reveals an incomparable and poetic singing line, bountiful color, and an acclaimed mastery of the pedal. He has confounded the world's most demanding critics and audiences with an almost perfect balance between keen musical intelligence and a profoundly emotiona—even spiritual—communicative force.

Berlin's Dei Welt called him "A pianist with absolutely nothing to fault..." The New York Times declared: "This rare combination of virtuosity and profundity was in balance. So that when his performance was over, one didn't know whether to be more awed by his command of the keyboard or moved by his interpretive vision." The reviewer went on to describe Mr. Westcott's ability as "Bordering on perfection," a performance whose "cumulative effect was simply transcendent."

In the early 1990s, after the successful rehabilitation of an injury to his left arm, Mr. Westcott began nearly a decade-long battle with a serious and stubborn cancer, including two-dozen surgeries and radiation therapy. During that time he wrote Playing With Love (working title), an inspiring reflection on his career and cancer battle.

While returning to the concert stage, having added much new repertoire and playing his very best, the unhappy price exacted for his survival was to be the onset of a condition called focal dystonia, eventually all but crippling his right hand. Mark Westcott now resides again in Portland OR, in the role of a commited and revered piano teacher.